Autochrome Photography Exhibition at the Museum of Ethnography 22/Jan/2004 - 26/Sep/2004
Autochrome photography, developed by the Lumiere brothers in 1904, allowed European photographers of the first decade of the 20th century to capture the colours of the living world in theretofore unimaginable quality and quantities. In 1907, as the Lumiere Company produced its first autochrome plates, the Hungarian press was already reporting on the application of the new technology for scientific purposes.

In the field of ethnography, Sándor Gönyey was one of the first to produce photographs using autochrome technology. In his capacity as employee of the Museum of Ethnography, Gönyey spent much of the 1930's roaming the villages of the region, photographing the typical costumes worn by the Palóc, Matyó, Boldog, Sárköz, Kapuvár, Kalotaszeg, and Székely Hungarians, as well as the colourful festival wear of other ethnic groups of the Carpathian Basin, such as the Sokac and Croatian peoples.

As these photographs could not be copied until very recently, they have never been available in the printed media. We trust that the rich folk art of the period between the two world wars will earn the admiration of all those who visit our exhibition. 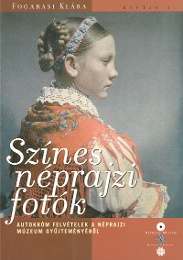 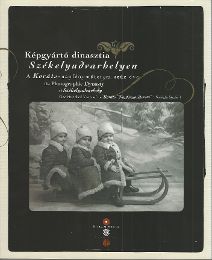