30/Nov/2004 - 10/Apr/2005
The Berriat Quarter of Grenoble and Terézváros District of Budapest are the two locations explored by this collection of photographic, audio, and textual material. The two cities represent two separate worlds, set apart by a distance of several thousand kilometres: one big, the other small; one Hungarian, the other French; two separate cultures and two separate societies, each with different plans, different joys, and different problems. So why place these two districts in a single exhibition?

The answer lies in their similar histories. Both districts developed in the outer reaches of the city as a home for factories, immigrant communities, hotels of dubious reputation, fringe markets, and other elements not welcomed in the city centre. Later, both were engulfed by that same centre, becoming areas seen as contributing to the characteristic look of the city. As its leading theme, the exhibition explores the highly various and often conflicting social and cultural interpretations of "order" and "disorder" as given by the districts and their residents, concepts as significant as they are difficult to define.

The purpose is not so much to compare the two city districts, as to demonstrate, by way of contrast, the parallels between them. Far from reducing the complexity of urban life to a series of simple phenomena, the images open the two districts up to each other, shedding light here and there on the incomprehensible changeability that is the city. Throughout the exhibition, the two urban areas are presented as the continuously evolving products of both random and historically driven forces.

In one part of the exhibition, the variously sized and installed photography of Michel Grasarian probes the French city, augmented by family pictures and interviews. The photographic works of László Endre Hajnal dominate a second section of the exhibition, though here, too, the visitor will encounter supplementary interviews, family albums, and accounts of personal experiences.

The exhibition will be shown first at the Musée Dauphinois in Grenoble for eight months, starting 10 October 2003. 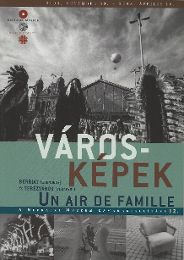