A Village in Hungary - Átány

People, Objects, Relations 18/Nov/2009 - 19/Sep/2010
The two decades that followed the Second World War saw the Hungarian peasantry facing a set of circumstances constituting the greatest turning point in its history. The roots of the traditional peasant lifestyle, a product of centuries of development, were being eradicated with shocking speed, partly as a result of the rapid spread of industrialisation, and - more potently - at the hand of the state. In short, the old peasant world was on the verge of vanishing forever.

In 1954, ethnographers Edit Fél (1910-1988) and Tamás Hofer (1929), both in the employ of the Museum of Ethnography, launched a major research project aimed at recording the entire system of peasant customs and practices before imminent socialist agricultural re-organisation was to change things permanently. Their comprehensive research project, conducted over the course of two decades, centred on the Heves County municipality of Átány. Published abroad, their findings were soon recognised across the globe. In Hungary, the legendary Átány project elicited a much less vigorous response, as contemporary scientific publishers refused publication of the team's monographs, and only a limited number of individuals were permitted to study either the project's novel, transcendent methods or its accumulated body of highly significant material.

In this way, a monumental, highly detailed, and sensitively analytical work on the passing peasant world was unable to fill the position in Hungarian scholarship and public thought that it certainly would have otherwise. A Village in Hungary offers the visitor a taste of this unparalleled scholarly undertaking, with source material derived from the heretofore unexhibited artefacts collected in Átány, Fél and Hofer's own notes, and a selection of the project's large collection of photographs. The exhibition also presents the team's most important findings, along with the characteristics of its approach, methodology, and artefact collection techniques, through a typical workday in the life of an Átány family. Finally, true to the project's original intent, the themes touched upon here offer the visitor a glimpse of day-to-day life in a traditional peasant community. 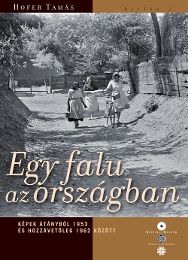 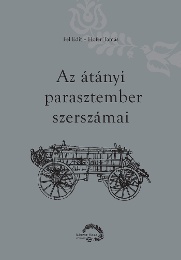