"If You Want To Be a Piper"

Pipes and Pipers in the Carpathian Basin and Beyond 29/May/2004 - 17/Apr/2005
Of the large family of aerophonic instruments, one of the most significant in terms of both its history and field of use is the bagpipe. Known to virtually every Eurasian and Mediterranean culture, the bagpipe is still loved and played today in many countries. While bagpipe music has played a significant role in the histories of virtually all European peoples for over a thousand years, in nations like Scotland, Ireland, and Bulgaria, both the instrument and the music played on it have become national symbols.

Over the past 30 years, bagpipe music has experienced something of a renaissance, marked by a proliferation of festivals and exhibitions, along with the increasingly frequent appearance of the instrument in the pop and jazz arenas. The phenomenon has been accompanied by the founding of workshops specialising in bagpipe production and educational institutions offering instruction on how to play.

The purpose of the present exhibition is to acquaint the visitor with the bagpipe in an impelling, interactive fashion, drawing on the largest collection of folk instruments in Central Europe and a body of bagpipe material representing 150 years of ethnographic research. The museum will also be publishing a catalogue for the exhibition, covering the wide variety of pieces from its holdings and including examples of not only the well-known Western European and traditional Hungarian types of bagpipe, but Slovakian, Serbian, and Croatian instruments, as well. The exhibition will explore areas where ethnographic knowledge is scant: the formal similarities between the "Croatian-Hungarian" bagpipe of the Berzence and Csurgó regions in Transdanubia and the Slovakian and Northern Hungarian types; the different sound qualities produced by such instruments; and the wide range of pipes used by the Serbians and Croatians. The exhibition also touches upon the bagpipe culture of Moldavia, where Balkan and Central European types of bagpipe are both in general use. Asian bagpipes or "mouth organs" represent yet another level of inquiry, as do the instruments of the Mediterranean Basin.

Visitors to the exhibition will also be intrigued to find themselves invited to enter the "Gates of Hell." The beliefs of nearly every ethnic group living in the Carpathian Basin include a "test of courage," which requires acquisition of the broad range of knowledge necessary for mastering the playing of the bagpipe, another example of the multifarious traditions preserved to this day by the peoples of the region. 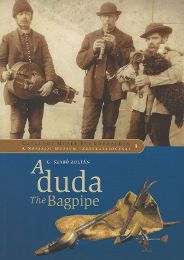