Photo exhibition by Bernadett Alpern 30/Jan/2015 - 15/Mar/2015
It all began with a genealogical research. Following my grandfather's death I visited the town of Sárbogárd to find his birth house, and during my quest I came across the synagogue of Sárbogárd, which now functioned as a used furniture store. This was when I took the first photo of the series, which resulted in an article in the newspaper Israel Hayom, with the contribution of journalist Ronen Dorfan. In 2013 I was granted funding by the European Association for Jewish Culture to set out on a journey across Europe to explore and document synagogue buildings used for other things than their designated purpose.
Bernadett Alpern

The buildings of a once busy Jewish cultural and religious life are still standing in the historical centres of the European Jewry. Today they are but empty shells devoid of their former functions: rebuilt, recycled. Sometimes grand, sometimes modest and functional, the buildings that used to serve their religious communities are now used as concert hall, museum, furniture store, Olympic training centre, police station, fire station, or even dry cleaner, but I also found a Catholic church and a mosque.

Born in 1987 in Budapest. I completed my studies at the University of Kaposvár - Art Department - on the Press Photography and Picture Editor faculty. My photo series have mostly been inspired by my personal experiences during my journeys. During my studies I participated in the Sirius scholarship program in North Denmark in 2008. Then I moved to England, where I made my series - Identity in the Land - concentrating on the relationship between human and landscape. These themes were continued in my diploma work, culminating in a six-month period in Israel on a Masa scholarship. A journey to my personal Jewish roots evolved into a search for peace in the landscape and people of a troubled region. 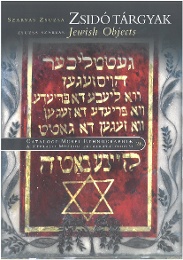