Adventures in Footwear 5/Mar/2017 - 3/Dec/2017
The exhibition explores the rich variety of times, places, uses, and meanings an ethnographic artefact can represent by considering an array of objects of a single type: footwear.

Spanning a range of styles from the Carpathian Basin, Europe, and elsewhere and a time period of nearly two hundred years, it is an invitation to adventure – to meticulous observation of cultures near and far.  Here, lifted from the contexts of the overall costume and the role of mere accessory, footwear takes centre stage.  The material has been arranged in terms not of chronology or region, but of setting – of ordinary days and special occasions – starting with an introductory discussion of the title styles (bocskor, boot, paduka), followed by a room dedicated to the naked foot, and finally, the bulk of the exhibition, its two main categories subdivided along considerations of climate, geographic and man-made environment, lifestyle, religion, gender, and age group.  Some of the artefacts on display come supplied with ample original information on the specific circumstances of their manufacture and use; for most, however, identification has necessarily relied on reference to the professional literature and other, analogous material.

All artefacts selected for this exhibition are either home-made, or were crafted by cobblers or bootmakers.  Most saw use in small communities or villages, though both the Hungarian and international collections have yielded examples of footwear originally used in urban settings.  Though the size and composition of the collection permit some types to be represented by a number of variants, all are presented as both a means of environmental adaptation, and a material expression of the cultures that produced them.  Given closer scrutiny (particularly in the case of festival footgear) are the artefacts’ symbolic meanings, as such articles were often employed as an indication of social status, wealth, or age, or the nature of the occasion on which they were worn.   As with the collection in general, the material on display inclines towards women’s shoes.  Moreover, the concept of fashion is apparent even at the level of the common people, with some examples highlighting the principle of adherence to general norms, and others the more rarely manifested factors of ambition and individual choice.

Though the exhibition does include photographic and video material, the focus remains on the physical artefacts, together with the cultural diversity they convey.  This approach is reflected in the chosen layout:  the objects themselves are displayed prominently in cases in the middle of the room, with auxiliary information relegated to the walls.

The title of this exhibition refers to three different types of footwear, each representing a very different geographic area, age, and culture, and a different set of technical attributes and functions.  At the same time, each type also reflects a different mode of museum collecting work and a different opportunity for study.  Some of the objects were gathered through the work of intrepid explorers to distant, formerly hard-to-reach lands for their distinctiveness and/or aesthetic value.  Others came to the museum via ethnographic fieldwork or personal connections.  Because these artefacts were all collected in different ways, they come with identifying information of a range of types and must therefore be viewed and studied differently.  To the ethnographer, the process of understanding what a given article of footwear can tell us and, indeed, the very act of studying it, is a true cultural adventure. 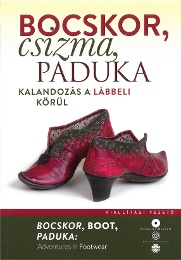