In the chronology of headgear worn by Hungarian brides, it is the wreath that boasts the richest past, having not only preceded, but in some places also complemented the párta.  When around the turn of the 19th century, the párta began to fade from peasant use throughout much of the Hungarian-speaking territories, it was also the wreath that returned to carry on the former’s symbolic and decorative functions.  Though both accessories were seen as symbols of sexual purity, in terms of use, the párta could also be worn prior to marriage on Sundays and festival days, while the wreath was viewed as exclusive to the bridal ensemble and wedding ceremony.  The only exception to this pertained to the Catholic “Maidens of Mary,” who, as girls of impeccable moral character responsible for bearing the figure of the Virgin Mary in ecclesiastical processions, were permitted to wear their wreaths on such occasions, as well.

Originally, wreaths were plaited from live flowers, paired with rosemary, an evergreen symbolising everlasting fidelity.  Artificial – or “made” – flowers came into fashion around the mid-19th century, spreading to peasant circles around the turn of the 20th century.  At first, these were crafted to resemble real, coloured flowers, though when peasant girls, under the influence of urban styles, began opting for folk costumes in white symbolising innocence, their wreaths of flowers were made to follow suit.  Yet another innovation was the wreath of wax myrtle, whose introduction often went hand-in-hand with the abandonment of the peasant costume altogether.

In Hungary, wedding rites were called upon to protect young couples and ensure fertility.  The bridal wreath of Tura stands out in that its ornamentation and accessories offer one of the fullest known complements of magical elements associated with long-held and widely recognised folk beliefs, even in where the meanings these conveyed had long faded in folk memory.

In Tura, the fashion for white wedding dresses arrived in the 1910s, accompanied by a need for wreaths of matching colour.  Of the three component parts of the Tura headdress, the wreath, consisting of tiny fabric flowers ornamented with pale red silk rosebuds and minute blue forget-me-nots attached to a wire frame, was the most elaborate.  Though the single-tier wreath remained in use throughout the final decades of the 19th century, later, a second wreath was added and white, waxed paper leaves attached that both framed the face in front and covered the head in back.

As according to folk belief, the bride was particularly vulnerable to jinxes and black magic while exposed to the crowds at her wedding, her wreath was additionally outfitted with numerous tiny mirrors, which it was believed would ward off the evil eye.  Similar thinking stands behind the addition at the front of a “ribbon of shame,” whose red colour symbolised vitality.  During the latter part of the 19th century, this ribbon was tied up into a rosette, though later it was allowed to hang down over the eyes to protect the bride at this major turning point in her life.  Although girls wed during the 1950s would never have considered omitting the protective ribbon, its meaning had by then become so obscured that it no longer occupied its traditional place, but hung instead on either side of the face.  Later, it would disappear entirely.

The second part of the headpiece was the párta or hátravaló, whose name preserves the memory of the preceding fashion.  Consisting of a bundle of wax flowers pinned behind the wreath, the hátravaló held a number of twisted silvery metal strands – fertility-bringing wheat ears – that framed the face in a fanned array of upward-thrusting spikes.  In Tura, the Maidens of Mary wore wreaths similar to those used by brides, though – as was the case in Hungary in general – without the twisted metal wheat ears.  As such wreaths were expensive and were generally ordered from either the workshop in Garay Square, or a local woman specialising in their manufacture, it was common practice to have the wheat ears attached even to the Maidens’ wreaths, but folded back out of sight until the time of the wearer’s wedding.

The third element of the headdress was the rose-patterned párta ribbon, which was attached to the párta itself and hung down to the lower hem of the girl’s skirt.  As it was the belief that a bride might be cursed if the end was cut off, this ribbon was frequently brought to the front of the ensemble where it was easier to safeguard.

The wreath seen here belongs to a bride’s dress from the 1950s.  Because the original was viewed by local women as too yellowed to merit inclusion in a museum exhibition, they had a town wreath-maker produce this one to replace it in 1963. 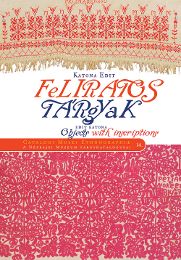 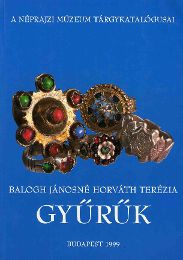