In 1992, while preparing for the exhibition Images of Hungarian Romany in the 20th Century, Museum of Ethnography staff happened upon an intriguing photograph taken in the 1950s in the Hungarian village of Szendrőlád.  Entered into museum holdings as inventory number F96636, the image in question was of a man not unlike the actor Charlie Chaplin, flanked by two columns of nested split-wood baskets, each the same height as himself.  As it turned out, the photograph was the work of ethnographer Lajos Szolnoky, who had penned with it the following remarks:  “Produced by the Romany of Szendrőlád, these baskets are threaded by their handles onto two long hazelnut poles and in this way carried to market.  As many as 40-50 baskets can be fit onto a single pole.”  Also discovered was the name of the man in the picture:  Lajos Horváth.

We were curious as to whether today, more than forty years later, such baskets were still made in Szendrőláb, and if they were, whether we could watch a few being made, thus seeing from close up what had seemed so fascinating from far away.  It was in this way that we came into contact with two practising craftsmen by the names of Károly Káló and Boldizsár Rácz.  For the purposes of our exhibition, their work was photographed by Vera Bozzi, who documented everything from the raw materials used to the steps involved, from soaking to weaving, along with the demonstration the two men held for visitors to the exhibition – a spectacle Rácz later repeated for a second exhibition on Roma integration held in the central building of Eötvös Lórand University (ELTE) as part of the Soros Foundation’s 10th anniversary commemorative event.

Durable and semi-spherical in shape, split wood baskets, which were ideal for carrying ore and rubble through narrow, low-ceilinged shafts, were first used in the mines of Rudabánya.  There, dozens might be found at any one time, just as dozens of hand-gouged softwood troughs and basins were employed in the work done about Szendrő Castle.  During the 20th century, the split-wood baskets made for farming use both in the village, and elsewhere in the region came exclusively from Romany craftsmen.  The thick maple whips applied to their making were first soaked over hot coals, then stripped of their bark, split with a sharp knife into thin strips, and soaked again immediately prior to use.  The rim to which the strips (in Hungarian:  szilácsok) were attached was fashioned from a hazelnut whip.  As farming baskets, they were sometimes produced in series, with three or four pieces of different sizes nested together, usable for everything from cherry-picking to digging potatoes.  When in January of 1950, Lajos Horváth set off for market with his two columns of baskets, most peasant farmers had not yet joined Hungary’s collectives.

ot long after the Museum of Ethnography purchased the baskets for its 1993 exhibition and the seller, Boldizsár Rácz participated in several cultural events, the craftsman was accorded the Master of Folk Arts title, and the value of his work – as well as his prestige – grew accordingly.  Upon his death in 2001, the image of a split-wood basket was carved on his gravestone.  Ten years later, with the collaboration of Róza El Hasszán and a contingent of master basket-makers, an enormous exclamation point was erected at the City Park Art on the Lake exhibition in witness to the continuity of skill of the Szendrőlád craftsmen. 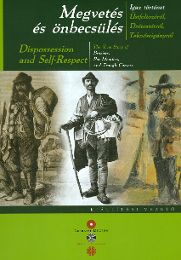 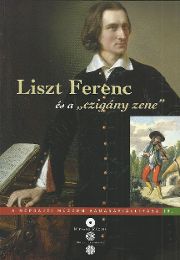