Museums in Power and the Powers of Museums

This month’s featured artefact—an 18th-century faience wine jug from the region of Bratislava—has a serious potential career ahead of it. Once restored, it will take its place among items destined for the “Messages” unit of the viewable storage area in the Museum of Ethnography’s new building in City Park. There, having been liberated from the storeroom captivity it shared with three thousand other wine jugs over the past 70 years, it will enjoy the company of a whole new array of objects—Mayan vases, Cameroonian pipes, and Chinese stove tiles—with the mission of illustrating how a glazed ceramic surface, beyond its usual function, can be used as a carrier for personal and public communications.

And what message is it this ceramic vessel carries? Further, is it even possible to convey the complexities of a message from the visually busy space of a ceramics exhibition, devoid of any explanatory text? Might the jug not have been better placed in the exhibition’s unit on “Sensitive Topics,” arguably better suited to unpacking a message’s private, museal, and historical strata?

“The factors with authority in this matter, having removed the lock , have announced that there is nothing now preventing the transport of protected material to the museum. We are not authorised to release pieces that, while not protected, are nevertheless of museal value. The release of these pieces we will have to request separately.”

It was under these conditions that, in 1951, the jug in question was acquired. The “factor” here was the National Centre for Museums and Monuments; the “lock” had been stamped by the State Protection Authority a month prior. The result of the acquisition process was that the Museum of Ethnography found itself with 707 new artefacts, mostly textiles and ceramics—including our wine jug, with its coat of arms and broken lip—along with a few odd items of “herdsmen’s art,” classified as “miscellaneous”.

The story, which has many parallels in the universe of Hungarian public collections, may be interpreted in a number of different ways, depending on whether one chooses to see/paint the museum as protector, or as forcible procurer of cultural assets. To us, at this moment, the story is of interest primarily from the standpoint of the logic of state authority where it comes into conflict with that of science and morality. Within the stress field of these three approaches, the important question regards how we are to view the relationship between public and private property and, in this particular situation, the fate of the collection of one Elemér Kund.

Elemér Kund (Dr. Elemér Kund, Baron of Várhegy 1885-1952) was the progeny of a landed family of Dunakeszi, an accredited ministerial legal consultant, and a known collector of arts and antiquities, who spent much of the 1930s-40s expanding the prodigious and valuable archaeology collection he had inherited from his father to include objects of interest not only to archaeology, but also to the applied arts and ethnography, and, in particular, to the study of folk art. Kund came into contact with the museum in 1938, first as a benefactor, then as an exchange partner, having been a member of the Ethnographic Society since 1934. Thus, he not only collected, but was an active player in a community characterised by a peculiar co-operation between public and private collections. Other witnesses to the museum’s cultivation of this type of relationship include, for example, the pottery collection attributed to antiquities dealer István Sajó and renowned Anabaptist ceramics expert Béla Krisztinkovich. Kund’s dealings, however, extended beyond the Hungarian National Museum and Applied Art to involve institutions in Vác, Balassagyarmat, and Miskolc, and encompassed such activities as mutually financed diggings, ethnographic field projects, and formal donations. It was these relationships that constituted the framework of the Kund Holdings and turned a valuable private collection into a legitimate (amateur) museum: Kund not only inventoried the pieces in question, but also arranged them into glass cases and even received visitors for personally conducted free tours.

When, later, the employees of four national public institutions emptied the rooms occupying the ground floor of Kund’s rental building in Damjanich utca, they made a list of the items found in each room and, without intending to, preserved for posterity a script that tells the story of many other, similar collections. Arranged in five rooms were a mix of primarily archaeological, applied art, and—in smaller numbers—ethnographic objects; the sixth room, kitchen, and servants’ hall housed chiefly artefacts of ethnographic import. Here, amidst Celtic gold, Caucasian carpets, and Persian bowls, Kund’s folk art collection was possessed of a distinctive character. In a collection aligned with the ethnographic tastes of the age, Kund’s 18th and 19th-century faience—including our wine jug with its double-headed eagle—enjoyed the fitting company of Mezőcsát, Hódmezővásárhely, Tiszafüred, and Transylvanian lead-glaze wares, Palóc bagpipes, Baranya County wardrobes, and Kalotszeg textiles. In other words, the ethnographic portion of the collection consisted—from the first piece to the last—in highly ornamented, decorative objects.

Kund’s closest connection within the world of Hungarian museums was likely the one he had cultivated with Balassagyarmat, where certain pieces of his herdsman’s art collection remained on display for a substantial length of time—on “loan” in both the classic legal and museum historical senses, supported by signed documents reflecting the mutual will and rights of both parties. The “loan” of 1951, on the other hand, was a different story. Recorded as an “acquisition” by the Museum of Ethnography’s central registry, the latter transaction could not have rested upon signed documents, as at the time of its making, one of the parties in question was in prison. Indeed, when on June 10, 1951, museum workers arrived on the scene, Kund’s collection had been placed under “protection”; and perhaps they truly were protecting it—from a type of theft or loss that occurred quite frequently with valuable objects of art and antiquity in the days of nationalisation. Yet one cannot truly make the case that the act was one of simple transfer from private to public domain—conducted by force, perhaps, but under the pretence of protection; irregular, but substantiated by paragraphs of official text. Nor can it be claimed to have been done in the service of democratic access, as the material—as we have seen—had already been freely accessible to both the public, and museum professionals and, given that Kund had no heir, would have been left to the public following his death anyway. The problem, it would seem, was that the intended recipient of the material was not a national museum (or museums), but a rural institution: the Museum of Miskolc. Though no will has survived to attest to the matter (Kund’s papers, including itemised lists of his collection, were confiscated and removed by the Hungarian State Protection Authority in May), his intentions regarding his property were well known and appeared in several contemporary reports.

One wonders whether the museums involved in the “loan” may have had some degree of influence in the affair. Nor will we ever know whether those sent to the site experienced primarily triumph, helplessness, or shame in their work that day. Whatever the case, certain minute vestiges of moral uncertainty remain to us in the museum’s own books. Kund’s ceramics were inventoried promptly, in the summer of 1951, and curator Mária Kresz, recognising the significance of material that came with labels and dates, immediately placed them into the service of scientific research. The furniture, however, was processed only years later, when it became known that the collector had died in jail. The textiles were not officially added to the collection until 1961, when they were inventoried by Klára K. Csilléry, who had formerly supervised their move to the museum, and her colleague, Edit Fél. Such passive resistance notwithstanding, it is clear that the Museum of Ethnography of the time functioned as part of the (political) power machine, as did the legislative bodies that opened the gates to various forms of state appropriation, the National Centre for Museums and Monuments, and indeed, the State Protection Authority itself.

The real question, therefore, is this: How far does the museum’s power extend in this case, or for that matter, at any time an object from the Kund collection sees the light of day? To our layman’s sense of legality, it would seem the least we could do would be to remedy the question of terminology, to find an alternative expression for “loan” or “acquired under unclear circumstances” that is objective (and legally correct), and that defines the process by which the piece came to the museum in a comforting way. This, however, is not permitted, as under current law, the status of an object in the museum’s central registry is immutable. To alter museum information cards to indicate the collector not as the museum staff member responsible for transport, but Elemér Kund himself, and the place of collection not as Damjanich Street 30, but Tiszafüred or Vámfalu, would be a mere beauty patch over the lie in question. Another avenue would be to gift one or more of the artefacts to the Miskolc Museum as a symbolic nod to the collector’s final will and testament, though again, this option is barely viable due to legal constraints. In the end, therefore, it would seem that the museum remains—if only in bureaucratic terms—a mere cog within the machinery of power. The only open course of action that aligns with the principles of both science, and morality would seem to be full publication of the collection. And that is precisely what the museum has undertaken.

Regarding the wine jug itself and its two-headed eagle, one question yet remains: Why did the State Protection Authority seal the apartments at Damjanich Street and imprison Elemér Kund in the first place? The answer: for the same reason he had come into conflict with the Gestapo a few years earlier and spent a year (from 1944 to 1945) in Mauthausen. Kund, it turns out, was a staunch legitimist, member and secretary of the Political Circle on National Unity, and a man not only committed to the cause, but a provocateur, as well. If historical sources based on his memoirs are to be believed, Kund found himself on the Arrow-Cross death list because he had, during his time serving in government, knowingly addressed Gyula Gömbös, a general recently promoted by Admiral Horthy himself, as “Captain, Sir”. It was in May of 1951—as Kund awaited the arrival of museum staff to help him inventory his “nationally valuable private collection” for the purposes of publicity—that he came under the scrutiny of the State Protection Authority for having sent a congratulatory telegram to Prince Otto Von Habsburg on the occasion of his wedding. Of course, it is not our place, expertise, or position to pass judgement on the person or politics of Elemér Kund. The logic of science dictates only that the itemised list of his collection—the one destroyed first by the Gestapo, then by the Hungarian State Protection Authority—be reconstructed by the four national museums that now find themselves—to use the parlance of power—his “heirs”. 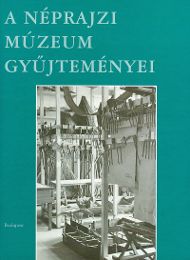